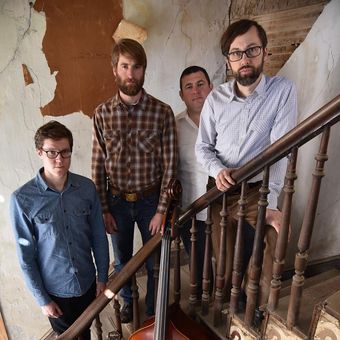 Seating is available but is limited! Bringing chairs and/or a blanket is highly advised.

Join us for the second annual Beer Garden! Local craft beer from Bull & Goat Brewery, fresh seafood from Bay Shore Steam Pot, ice cream from Nice Farms Creamery, and music by The High & Wides. Take a leisurely stroll in the woods, join in a game, or just sit back and listen to the band thatThe Washington Post bills "the apostles of hillbilly boogie."

Hailing from nearby Chestertown, The High & Wides released their debut album, "Lifted," to widespread acclaim in 2018. Like the large-haul trains for which the band is named, they project a big, driving sound—mountain musical traditions re-imagined for a new century. They write music about arson and hourly motels, dystopian love songs, and ballads of violent history. The High & Wides draw from their members' extensive backgrounds in bluegrass and take the music to a place all their own, recalling an era when old-time, rockabilly, and proto-rock'n'roll coexisted in a murky soup of hillbilly string band music.

Advance registration is greatly appreciated! Refreshments are an additional fee.

**Note: You will be asked upon checkout to create an account. This is optional and is not required to register.**